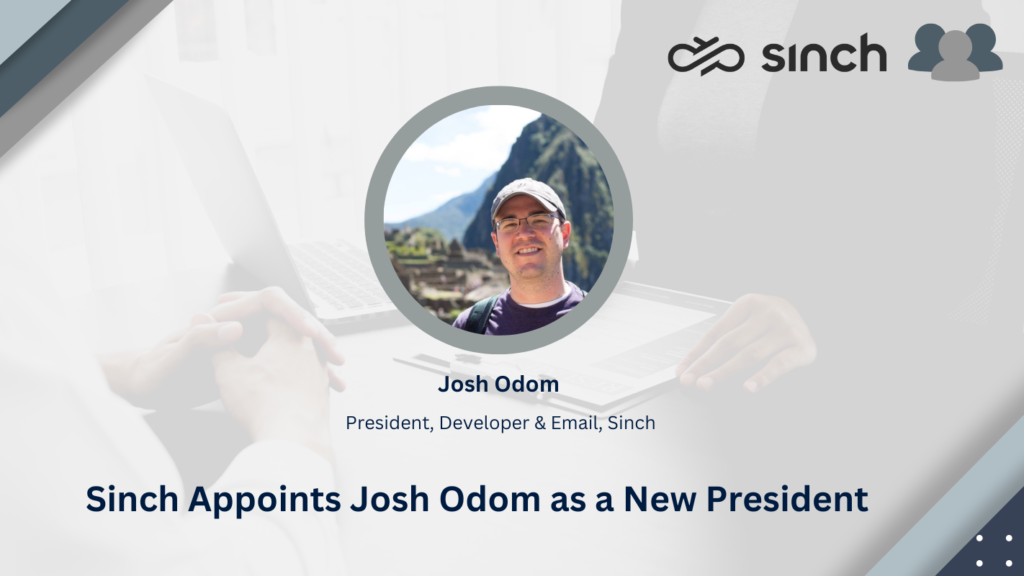 Sinch AB announced that Will Conway, President for the Developer & Email Business Unit, has decided to leave the role as Business Unit President to pursue other opportunities. He will remain in a part-time strategic advisory role for Sinch during 2023.

Josh Odom, the current Chief Technology Officer of the Developer & Email Business Unit, will become the new President of this organization effective January 1, 2023. Josh joined Mailgun, now Sinch’s Developer & Email Business Unit, in 2015 and has played a key role in the organization’s success story. As Mailgun’s CTO since 2017, Josh has led Software Developers and beyond, acting as the driving force in the development of functions like Support, Product, Data and Security. His passion for building high performance teams can be felt in every part of the business unit today.

“I would like to thank Will for his achievement in establishing Sinch as a leader in cloud-based email provision with unmatched deliverability. I also welcome Josh to the Sinch management team and look forward to continuing the journey together with him”, commented Johan Hedberg, interim CEO of Sinch.

Taylor to step down as co-CEO of Salesforce

Salesforce has announced that Bret Taylor will ste...

This week we kick off with an incredible friend an...

The team have at Emailexpert connected with Matt B...

As we all know, the holiday season is almost upon ...

This site uses Akismet to reduce spam. Learn how your comment data is processed.