If you have been reading the popular press, or even for that matter some of the more technical blogs you can be forgiven for being misinformed about the impact of recent changes at Gmail on email marketing. You could be forgiven for thinking you need a helicopter-hat to understand what is going on. With Mashable, Ars Technica and others getting it wrong (when the Washington Post has to correct a tech blog on tech matters, you know we have a problem Houston) I thought it best to put some fallacies to rest.

With all the technical nuances that were being thrown around and the general confusion industry wide, partly due to a lack of a statement initially from Gmail on the changes, it is no surprise that many felt bewildered as to what the truth was. So to help clarify some of the biggest myths and fallacies that came out of last weeks coverage of the Gmail changes, I round up my Top 5 Myths

What Gmail did was enable the preloading and cacheing of images in users messages. This allows for a much faster email experience for the users at Gmail (Gmail serves up the images from its own proxy far faster than the average ESP was serving images via its CDN) it also means email marketers no longer have access to the IP address of the recipient or the device they have used.  As Gmail said on its official Blog “But thanks to new improvements in how Gmail handles images, you’ll soon see all images displayed in your messages automatically across desktop, iOS and Android. Instead of serving images directly from their original external host servers, Gmail will now serve all images through Google’s own secure proxy servers. ”

Even those who are affected will find it is a small subset of their lists, and not something that will impact their bottom line on any overly influential fashion.

Myth #1
Gmail will allow users to turn off the new features, and email will work much like before from a recipient perspective. That is, they will need to enable images on a message-by-message basis. Further Gmail will not enable messages by default for those they consider ‘suspicious’ senders. Image Setting Info

Myth #2
This is so far from the truth, not only can email marketers continue to track opens, but more than this they will be tracking more opens than ever before, now that images are enabled by default.

Myth #3
Open rates will NOT go down, I repeat they will INCREASE. This is due to the fact that images are what ESP’s use to track opens, now that they are enabled by default open rates at Gmail will appear to increase.

Myth #4
There are a number of of ESP’s reporting they have no issue with tracking multiple opens from the same recipient including Campaign Monitor, I illustrated this fact by way of a Youtube video

Myth #5
Without getting too technical, the argument goes that CampaignMonitor and others manage to track multiple opens because their method of tracking bypasses the Gmail cache, and that in doing so the EDM vendor or ESP will be breaking ‘internet rules’ called RFC’s. As a result they can expect rendering issues at best or be blocked by Gmail at worst depending on whose analysis you read. It is true that the method used and described here does bypass the Gmail cache, it is also true that this because in the header of the image the information supplied includes “content-length:0” which effectively means there is ‘nothing to fetch, nothing to display’. That is where the truth in this myth ends.

The technique does not break the RFC which clearly states “Any Content-Length greater than or equal to zero is a valid value” and I am confident that no legitimate email marketer would find their messages blocked as a result of implementing such a tracking technique if done right.

For the truth on what Gmail did and why, read their blog post here. Email Marketers seem very fond of beating up on Gmail in the proverbial sense, the community often appears to have a defensive attitude towards this mailbox provider believing Google to be trying to attack their channel.

From a deliverability perspective I have to say it is a pleasure to deal with Gmail and it is the least problematic mailbox provider on a per capita basis (by far) and offers one of the easiest ways to get marketers messages to recipients without stress and minimal resources. As such I believe Gmail to be a positive ally and friend of the email marketer. 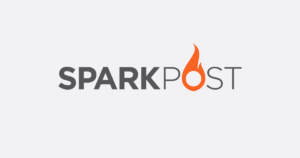 SparkPost announces it has been granted ISO 27001 certification for its corporate systems and cloud products. SparkPost has long been trusted by some of the 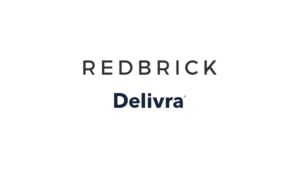 Redbrick announces the acquisition of Delivra, a provider of advanced email marketing automation. The announcement marks Redbrick’s second major acquisition in the past two years, with Delivra